A country beneath the country

The Bétharram Caves are spread out over 5 levels for a 2.8 km long course. They can be visited by train, by boat on an underground lake and on foot! It’s a real excursion, a visit to the subterranean border between the Pyrénées-Atlantiques and the Hautes-Pyrénées.

Just 15 km from Lourdes and 30 km from Pau, the Bétharram Caves were discovered in 1819 but it was not until 1900 that Léon Ross, an artist doubling as an adventurer, began its development to facilitate access and visiting.

This man who was most resourceful also built a hydro-electric station on the Gave de Pau to light  the caves. Of course, this hydro-electricity, which was a true innovation, was then to modernize (that is, electrify) part of the region.

In 1903, the caves were finally opened to the public. It is accessed by a natural hole in the hillside, which contributes to the beauty of this visit. Since then, the success of the caves has been undeniable.

First, rooms with poetic names follow one another (for 45 minutes): the Naiad Basin, the Hall of Chandeliers, Joan of Arc, the Giant Column, the Elephant, the cloister, the chaos ... Then it’s the abyss: 80 meters  by a staircase of about 250 steps!

And there, underground navigation : a fascinating experience (and a little disturbing for some). Finally, return by the small train. Who would have thought that we used so many means of locomotion underground? A real trip! It is such a delightful experience to emerge from the depths, to feel the softness of the air and the sun on your face after this dark, cool and wet journey.

A shuttle takes you back to the entrance of the caves where you left your car, 2 km away. 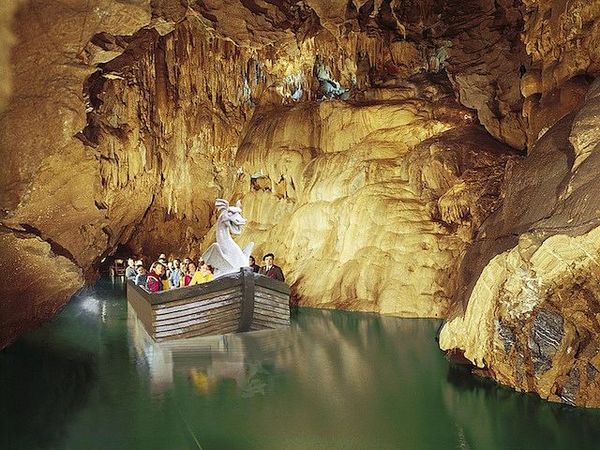 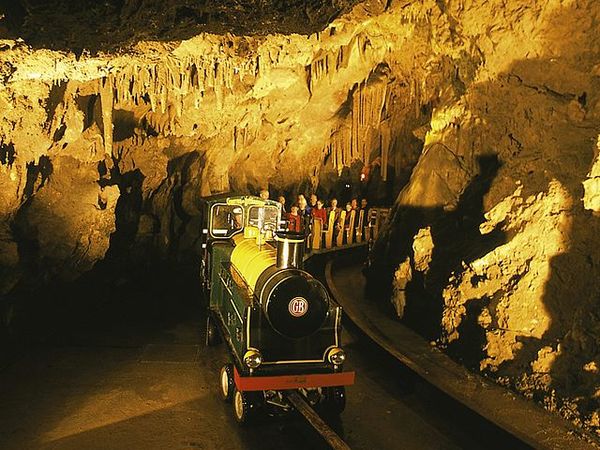